Going through the course of my life, I have seen relationships changing constantly; some grew stronger and some weaker. But one of the most precious relations and bonds that I share with my father changed unexpectedly. My father has been my source of energy since childhood, but as time passed by, I got unable to give him enough time. I thought it was because of work, but it wasn’t just working but many other factors, such as ambiance and boredom. My wife was noticing everything, and she suggested to me a need to change the place where we live.

I agreed with her, and now we make the happiest family than ever before. I am Rajendra, and with my wife’s suggestion, we decided to get shifted to Manglam’s Aroma. It is a piece of wonder about how changing our home can strengthen the bond between my father and me and keep him happy. It actually happened due to the ambiance of the society maintained by Manglam Group. After some time, when we shifted to our new home, I decided on the change in all of our family members.

Not just our kids were happier than ever before, but my wife and father too. Due to the freshness and newness all around, I started feeling better and got out of the monotony of life. I began to invest more time with my father. Also, my father found many of his like-aged buddies and began to go on walks with them. We were all adoring these changes, as we were also feeling positive changes in our health as well. After joining various ongoing activities and clubs within the society, we became active participants, began to take care of ourselves better.

This way, Manglam Aroma gifted us something which turned out to be more than just home. My kids started to focus more on studies because of the fact that abacus and other activities going on in society to let kids groom their skills.

My wife, too, found a friendly group, and due to people having her back when she needed and wanted to share something, she appeared to be more lively in the home than she was ever before. This way, all of us found ourselves in our new abode and were appreciating the positive changes through all Our hearts. Now I can say this is my home, and here I grow and groom with my family every second.

Running a Business with Your Partner Can Be Tough – Manglam Group Made It Easy for Us!
Comments are Off 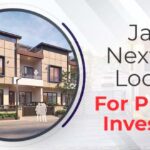 Jaipur: Next Best Location For Property Investment
Comments are Off 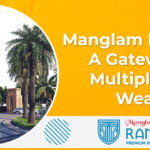 Manglam Rambagh: A Gateway To Multiply Your Wealth
Comments are Off 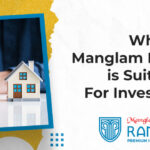 Why Manglam Rambagh is Suitable For Investment?
Comments are Off 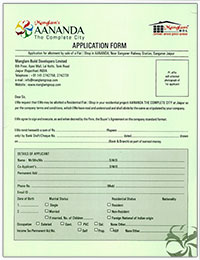