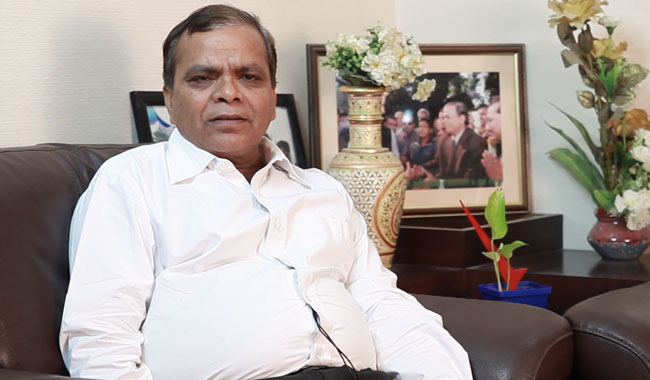 Shri Nand Kishore Gupta, also known as N.K. Gupta was born on 1st January 1957, at Rundal Manpura, a small village near Jaipur. His father, (Late) Shri Rood Mal Agarwal ran a small retail shop in the village and Nand Kishore Gupta was the youngest sibling in a family of nine brothers and sisters. He did his initial schooling at the village itself. Thereafter, he left for Jaipur to pursue higher studies, where hecompleted his graduation as a Bachelor of Commerce from the prestigious Agarwal College. Soon after graduation, he got engaged to Smt. Tara Devi, a religious and homely lady.

Manglam Build Developers Ltd offers 2/3/4 BHK flats in Jaipur, Bikaner, Alwar, Jhunjhunu and Goa. Their portfolio includes affordable flats, luxurious apartments and plots which make them one of the most preferred builders in the town. Apart from flats & plots, they also offer commercial properties in Jaipur at prime locations. While keeping quality of construction and customer satisfaction in mind, the company focuses on delivering excellence and true value for money.
Call Now Button
Booking Form
×

This website is meant only for informational purposes & it does not advertise, market, book, sell or offer for sale or invite persons to purchase in any manner any of the real estate products as displayed on it.